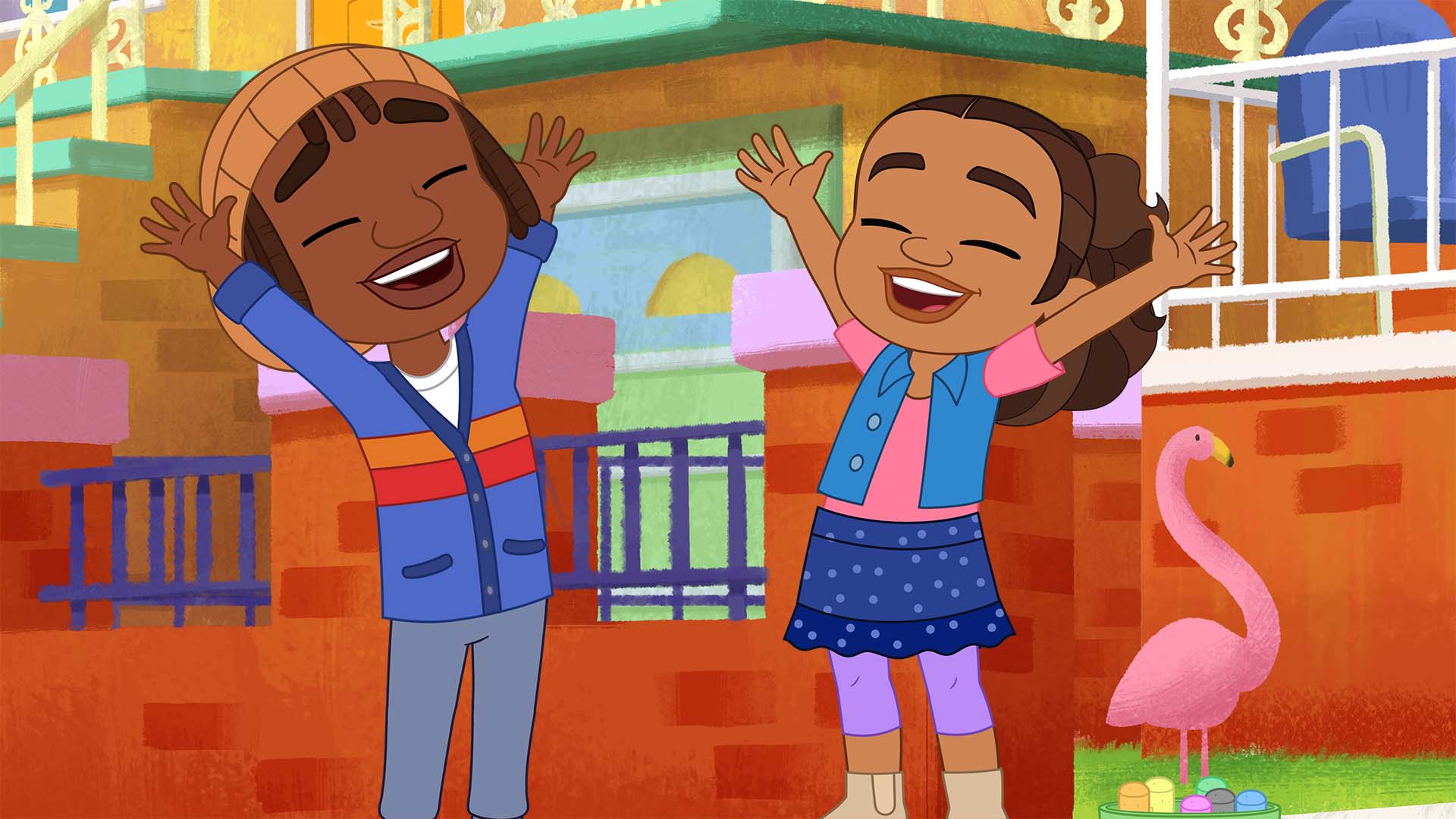 The funding will support production and educational engagement activities for the new animated series, created by Sonia Manzano on PBS KIDS.

Aimed at viewers ages 4-6, Alma’s Way follows 6-year-old Alma Rivera, a proud, confident Puerto Rican girl, who lives in the Bronx with her parents, Abuelo, and younger brother, Junior, as well as a diverse group of close-knit and loving friends, family, and community members. Each episode models self-awareness, responsible decision-making, and empathy, while encouraging kids to generate and value their own ideas and questions. The series’ 40 half-hour episodes showcase different aspects of Latino culture through music, food, language, and more.

“CPB’s support has been instrumental in bringing Alma’s Way to viewers all across the country,” said Paul Siefken, President and CEO, Fred Rogers Productions. “The series is already deeply resonating with audiences as it helps young viewers to develop critical thinking skills and an understanding of perspectives of others all while they experience the vibrant world of the Bronx.”

“Fred Rogers was a pioneer in using public television to educate young children and help empower them to solve problems. Alma’s Way honors Fred’s legacy of inclusiveness by featuring diversity at all levels of production and is a wonderful continuation of his work,” said Debra Sanchez, CPB Senior Vice President of Education and Children’s Content. “We’re excited to support this work from Sonia Manzano, another pioneer who has played such an important role in the history of children’s content on public media.”

Alma's Way is created by Sonia Manzano, best known to generations of kids and families as "Maria" on Sesame Street, and produced by Fred Rogers Productions. Ellen Doherty and
Manzano are executive producers. Jorge Aguirre (Goldie & Bear) is head writer. The series is animated by Pipeline Studios (Elinor Wonders Why).

About CPB
The Corporation for Public Broadcasting, a private, nonprofit corporation created by Congress in 1967, is the steward of the federal government’s investment in public broadcasting. It helps support the operations of more than 1,500 locally managed and operated public television and radio stations nationwide. CPB is also the largest single source of funding for research, technology and program development for public radio, television, and related online services. For more information, visit cpb.org, follow us on Twitter @CPBmedia, Facebook, and LinkedIn and subscribe for email updates.

About Fred Rogers Productions
Fred Rogers Productions was founded by Fred Rogers in 1971 as the non-profit producer of Mister Rogers’ Neighborhood for PBS. In the years that followed, it created hundreds of episodes of this much-loved program and extended Fred’s values and approach to other efforts in promoting children’s social, emotional, and behavioral health while supporting parents, caregivers, teachers, and other professionals in their work with children. Fred Rogers Productions continues to build on Fred’s legacy in innovative ways through a wide variety of media and engages new generations of children and families with his timeless wisdom. The company’s highly-rated children’s series, including Daniel Tiger’s Neighborhood, Peg + Cat, Odd Squad, and Through the Woods, have earned 30 Emmy® Awards among other important honors. Newly launched in 2021 on PBS KIDS is Donkey Hodie, the innovative puppet series inspired by characters from Mister Rogers’ Neighborhood; and most recently Alma’s Way, an animated series created by Sonia Manzano, known to generations of children and adults as “Maria” on Sesame Street. For more information, visit www.fredrogers.org or follow us on Twitter, Facebook, Instagram, and LinkedIn.