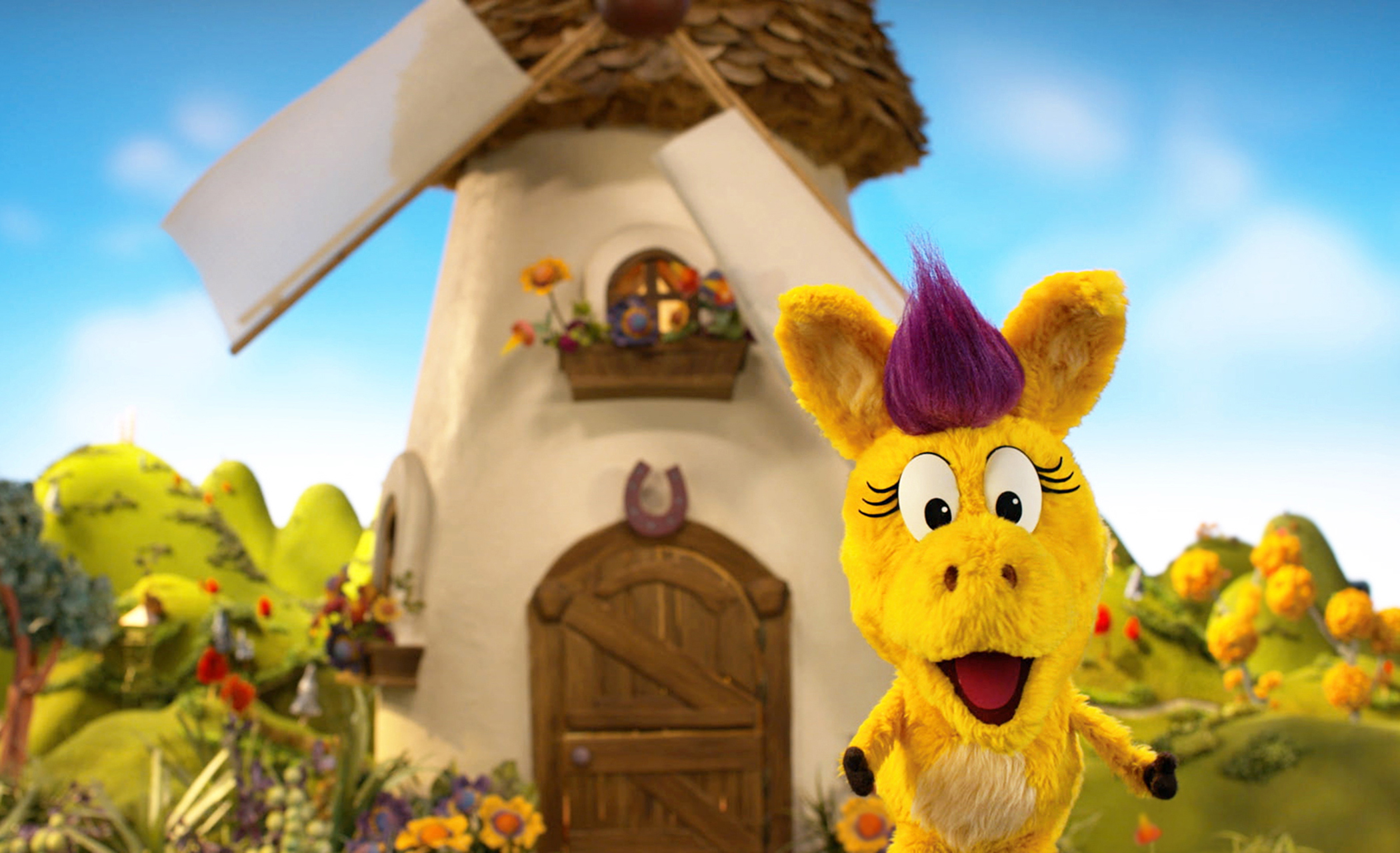 Donkey Hodie Set to Premiere May 3 on PBS KIDS

The new series from Fred Rogers Productions and Spiffy Pictures is inspired by the work of Fred Rogers.

Donkey Hodie, a whimsical, new PBS KIDS puppet series produced by Fred Rogers Productions and Spiffy Pictures, will encourage preschoolers to aim high, embrace challenges and work hard to achieve their goals when it premieres on May 3, 2021. The colorful multi-platform show follows the adventures of Donkey Hodie, granddaughter of the original Donkey Hodie character from Mister Rogers' Neighborhood (now known as “Grampy Hodie”). The original puppet appeared in 59 episodes of the beloved children’s series. Inspired by the quirky, funny side of Fred Rogers, Donkey Hodie furthers the children’s TV pioneer’s mission of helping young viewers navigate the challenges of childhood. The series features original new music along with reimagined versions of Rogers’ songs.

“We’re thrilled to bring Donkey Hodie’s engaging, character-driven stories full of adventure, imagination and music to PBS KIDS,” said Linda Simensky, Head of PBS KIDS Content. “As kids laugh and sing along with Donkey Hodie and her friends, they will learn important life lessons about teamwork, empathy and resilience to help them see a world full of possibilities.”

“Perseverance is a skill that’s of extra importance for children right now,” said Ellen Doherty, Chief Creative Officer, Fred Rogers Productions, and Executive Producer of Donkey Hodie. “We hope Donkey and her pals will inspire kids to keep trying even when tasks get hard and to face challenges with an ‘I can do this’ attitude. The show will also help parents guide their children in becoming strong critical thinkers and problem solvers.”

“We are excited to introduce young viewers to Donkey Hodie and the world of Someplace Else,” said Adam Rudman and David Rudman, co-founders of Spiffy Pictures and Executive Producers of Donkey Hodie. “We hope Donkey’s inherent positivity combined with the fun and inviting nature of the puppets will charm kids everywhere.”

Set in the whimsical land of Someplace Else, created by Rogers on Mister Rogers' Neighborhood, the imaginative social-emotional series for children ages 3-5 centers on the adventures of Donkey Hodie, an enthusiastic, “can-do” yellow donkey with a bright magenta mane, and her pals: Purple Panda, her loyal and empathetic best friend who wears his big heart on his sleeve; Duck Duck, a practical, quick-witted young mallard who loves to figure things out; and Bob Dog, an energetic and eager canine who is always ready to boogie to music or fetch a ball. In Someplace Else, everyone’s big dreams are possible—whether it’s Purple Panda finding the end of the Golden Rainbow, Duck Duck planning a Book-A-Palooza Festival or Bob Dog playing the largest kickball game in history. Episodes include catchy songs that reinforce the stories’ positive messages and fun adventures.

Digital content for kids, parents, and teachers will launch in tandem with the series. Games will be available on pbskids.org and on the free PBS KIDS Games App, along with clips and full episodes streaming across PBS KIDS’ video platforms, including the free PBS KIDS Video App. Parent resources such as tips and hands-on activities to extend the learning at home, will be available on PBS KIDS for Parents, and PBS LearningMedia will offer classroom-ready materials for teachers, including video excerpts, games, teaching tips, and printable activities.

Donkey Hodie is made possible with major funding from the Corporation for Public Broadcasting (CPB).

About Fred Rogers Productions
Fred Rogers Productions was founded by Fred Rogers in 1971 as the non-profit producer of Mister Rogers’ Neighborhood for PBS. In the years that followed, it created hundreds of episodes of this much- loved program and extended Fred’s values and approach to other efforts in promoting children’s social, emotional, and behavioral health while supporting parents, caregivers, teachers, and other professionals in their work with children. Fred Rogers Productions continues to build on Fred’s legacy in innovative ways through a wide variety of media and engages new generations of children and families with his timeless wisdom. The company’s highly-rated children’s series, including Daniel Tiger’s Neighborhood, Peg + Cat, Odd Squad, and Through the Woods, have earned 28 Emmy Awards among other important honors. Launching in 2021 on PBS KIDS are Donkey Hodie, the eagerly-anticipated puppet series, inspired by the character from Mister Rogers’ Neighborhood; and Alma’s Way, an animated series created by Sonia Manzano, known to generations of children and adults as “Maria” on Sesame Street. For more information, visit www.fredrogers.org or follow us on Twitter, Facebook, Instagram, and LinkedIn.