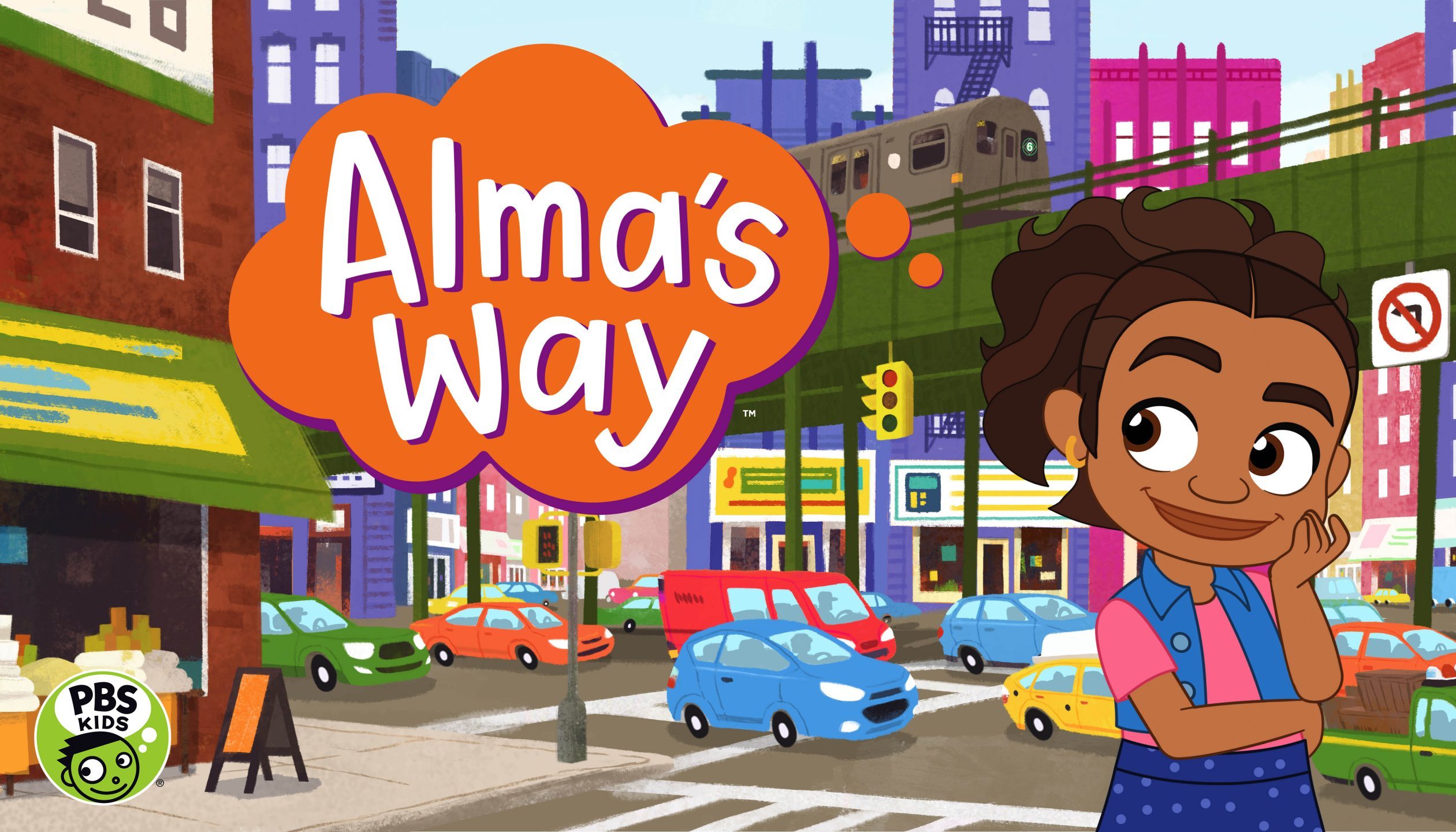 PBS KIDS today announced ALMA’S WAY, a new animated series from Fred Rogers Productions. The series is created by actor and writer, Sonia Manzano, who positively impacted the lives of generations as “Maria” on Sesame Street, breaking new ground as one of the first Latino characters on national television, for which she received an Emmy Lifetime Achievement Award in 2016. ALMA’S WAY gives children ages 4-6 the power to find their own answers to their problems, express what they think and feel, and recognize and respect the unique perspective of others. It is slated to debut nationwide on PBS stations, the PBS KIDS 24/7 channel, and PBS KIDS digital platforms in fall 2021.

“I am thrilled to return to public television and to work with PBS KIDS and Fred Rogers Productions on this project inspired by my own childhood,” said Sonia Manzano. “Alma's way is to think things through, and I hope by animating the thought process, kids will be inspired and excited about what goes on in their own minds. I want them to know we all have the power to think regardless of who we are.”

“Sonia has been an important part of the PBS KIDS family for decades and we are so excited to be working with her on ALMA’S WAY,” said Linda Simensky, Head of PBS KIDS Content.

“Sonia is naturally funny and perceptive, and she has created in Alma a heroine who is similarly able to confront challenges with humor and thoughtful intention. As kids join Alma, her family, and friends on their adventures, we hope they’ll also see themselves reflected in these characters and learn new things about one of the many beautifully diverse communities that exists across the country.”

The engaging modern-day series stars 6-year-old Alma Rivera, a proud, confident Puerto Rican girl, who lives in the Bronx with her parents and younger brother, Junior, as well as a diverse group of close-knit and loving friends, family, and community members. In each 11-minute story, Alma speaks directly to young viewers, sharing her observations and feelings, working through challenges, and offering them a window into her everyday life.

“We can’t wait for kids to meet Alma. She’s an optimistic and confident Puerto Rican girl who models for viewers how to think their way through any dilemma,” said Ellen Doherty, Chief Creative Officer, Fred Rogers Productions. “The show is funny, warm, and relatable. We love how it showcases the diversity of New York City, too, and authentically reflects the cultures of all the characters.”

In every episode, ALMA’S WAY aims to model self-awareness, responsible decision making, and empathy, encouraging kids to generate and value their own ideas and questions. As she uses “Think-Through” moments to stop, listen, and process in the face of a tough decision, Alma reflects and takes action while demonstrating social awareness.

Digital content for kids, parents and teachers, launching in tandem with the television show, will further the messages and goals of ALMA’S WAY. Series-inspired games will be available in English and Spanish on pbskids.org and on the free PBS KIDS Games App, along with clips and full episodes streaming across PBS KIDS’ video platforms, including the free PBS KIDS Video App. Parent resources, including tips and hands-on activities to extend the learning at home, will be available on the PBS KIDS for Parents site, and PBS LearningMedia will offer tools for teachers, including video excerpts, games, teaching tips and printable activities.

About Fred Rogers Productions
Fred Rogers Productions was founded by Fred Rogers in 1971 as the non-profit producer of Mister Rogers’ Neighborhood for PBS. In the years that followed, it not only created hundreds of episodes this much-loved program, but also extended Fred’s values and approach to other efforts in promoting children’s social, emotional, and behavioral health while supporting parents, caregivers, teachers, and other professionals in their work with children. Fred Rogers Productions continues to build on Fred’s legacy in innovative ways through a wide variety of media and engages new generations of children and families with his timeless wisdom. The company’s highly-rated, Emmy Award-winning children’s series include Daniel Tiger’s Neighborhood, Peg + Cat, Odd Squad, and Through the Woods as well as Donkey Hodie, the eagerly-anticipated puppet series, inspired by the character from Mister Rogers’ Neighborhood, launching in 2021 on PBS KIDS. For more information, visit www.fredrogers.org or follow us on Twitter, Facebook, Instagram, and LinkedIn.