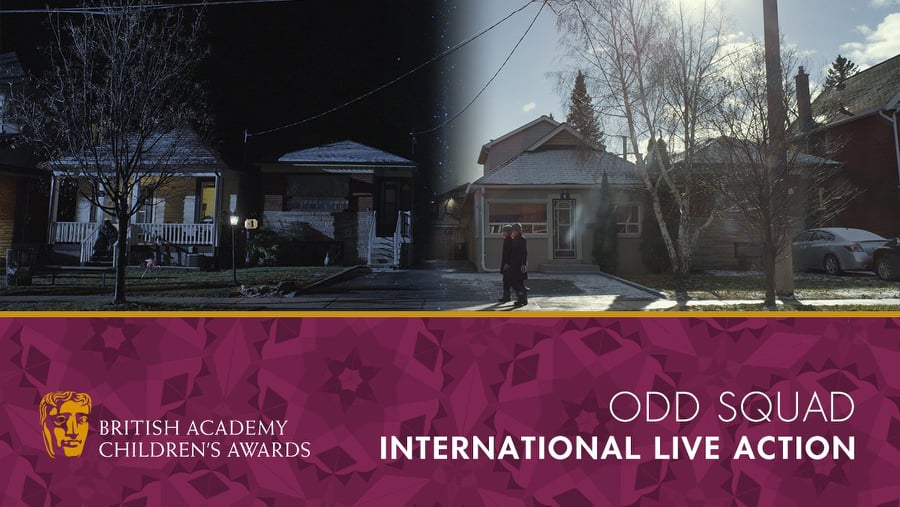 Fred Rogers Productions is pleased to announce Odd Squad has won a 2019 BAFTA Children’s Awards for International Live Action. We are thrilled to share this honor with our partners at Sinking Ship Entertainment. This is the first BAFTA win for both companies.

The British Academy of Film and Television Arts (BAFTA) is a world-leading independent arts charity that brings the very best work in film, games and television to public attention and supports the growth of creative talent in the UK and internationally. BAFTA’s annual British Academy Children’s Awards recognize and celebrate excellence within film, television, and games.