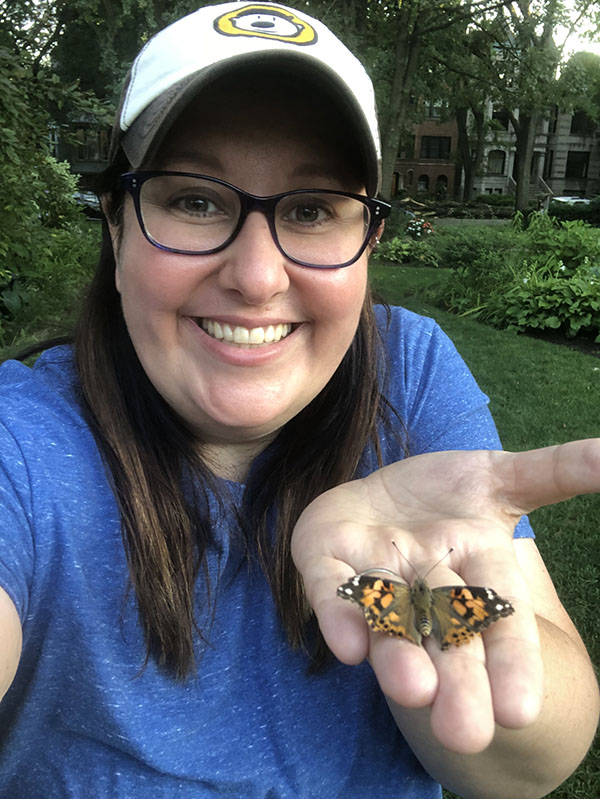 Get to know Caroline Bandolik, VP of Production for Spiffy Pictures and a Supervising Producer on Donkey Hodie, the hee-hawesome PBS KIDS preschool series produced by Fred Rogers Productions and Spiffy Pictures.

I grew up in the suburbs of Chicago. When I was younger, I was always drawing, painting, building with Legos, reading comic books, and watching cartoons. Lots and lots of cartoons. Now that I think about it, this description applies to me today! The only difference is now I have a degree in Television and Film and 15 years of experience in children’s television.

After I graduated from college, I moved to Australia and attended Sydney Film School, which is where I discovered my love of producing. I liked being involved in every step of the production.

I moved back to Chicago and started working at a company that produced a series for Nick Toons called Edgar and Ellen and that’s when I realized—hey, wait a minute! I could work on the one thing that I love the most - cartoons!

From there, I moved to Boston and worked at WGBH on shows like Martha Speaks and Arthur. Eventually, I knew I would end up back in Chicago. I was lucky enough to connect with Spiffy Pictures and have loved my job every day since working on shows like Nature Cat and Donkey Hodie.

I’ve never had just one favorite. I loved Woody Woodpecker, Inspector Gadget, Tiny Toons, The Flintstones, The Jetsons, Ducktales, Fraggle Rock, The Smurfs, Muppet Babies…pretty much any show that made me laugh. I would come home from school, get my snack of Chef Boyardee Ravioli or Spaghetti O’s and my patented dessert of peanut butter with a handful of chocolate chips all covered in a heaping spoonful of powdered sugar, and plop myself right in front of the TV. How is it that I only got my first cavity when I was in my 20s?

When I was really little, I loved Sesame Street, Lamb Chop’s Play-Along, and Mister Rogers’ Neighborhood (which started my obsession with factories).

Describe your role on Donkey Hodie.

As a supervising producer, I oversee production from the idea of a show all the way to getting the show ready to air. I work closely with the head writer, director, crew, and the post-production team to help keep them on track and support them along the way. It takes a lot of people to make Donkey Hodie, and I’m lucky to work with so many creative and smart people.

The coolest part of my job is that it’s both creative and strategic. I spend most of my days planning and problem solving with a lot of creativity throughout. I love seeing the final finished episodes knowing all the work that went into it and that I was part of making it happen. It’s really motivating to know that the shows I have helped make are seen all over the world.

What is your favorite episode of Donkey Hodie?

“Donkey’s Bad Day” is hands down my favorite episode from start to finish. The “Cheer Yourself Up” song truly works! I’m happy to get that song stuck in my head any day.

I love spending my free time with my partner, Maggie, and my family and friends. Also, lots of hours are spent snuggling my cat, Aussie, and watching TV. I love exploring new places, especially restaurants, and going to the movies.